Homepage Glossary Telecom What is Radio over Internet Protocol (RoIP)?

What is Radio over Internet Protocol (RoIP)?

A short definition of Radio over Internet Protocol (RoIP)

Radio over Internet Protocol systems is helpful for users who are spread over a large geographical area. Instead of telephone calls that rely on network providers, some organizations opt to use RoIP. For example, the U.S. military convoys deployed in broad geographical areas use the technology to communicate and protect one another.

How Does RoIP Work?

In RoIP systems, only one radio device can be used at a time. The user must push the push-to-talk (PTT) button on the radio whenever they want to communicate with another user. Essentially, it works the same way traditional radio communications work. The only difference is that devices are connected through IP instead of microwave signals or telephone wires.

The short video below shows a basic RoIP system setup and how it works.

The user talks into the portable radio after pushing the PTT. The computer picks up his voice and converts it into a radio wave. This is then transmitted over the network to the RoIP gateway.

What Is an RoIP Gateway?

An RoIP gateway is a solution that connects multiple radio systems over IP networks. Some organizations implement the gateway over their private networks, while others use the public Internet. An RoIP gateway looks like this.

What Is the Difference between RoIP and VoIP?

RoIP stands for radio over Internet Protocol, while VoIP is for voice over IP. They are the same technology that allows people to make and receive voice calls over the Internet. There is also no prescribed device to use either technology since their interface can work on computers, mobile phones, and other devices.

The only difference is that RoIP uses PTT and users have to push it every time they want to talk. In VoIP, users can talk simultaneously without having to push buttons each time.

Because of this fundamental difference between RoIP and VoIP, their user base also varies. RoIP is mainly used by the military, emergency operations centers, utility companies, and public safety departments. On the other hand, VoIP can be used by anyone and therefore has a more extensive user base.

What Are the Advantages of RoIP?

One of the advantages of RoIP is that it has made radio communication cheaper since there is no longer a need to lease telephone lines or invest in specialized microwave equipment. IP technology is already widely used in day-to-day communications, so the infrastructure already exists.

IP technology also made radio communications more reliable, which is critical during emergencies and when there is a significant distance between radio users. For example, state troopers can quickly call their station and request backup through RoIP. They don’t need to rely on handheld devices that may run out of batteries or be out of range.

RoIP systems are also easier to restore and faster to repair. During natural disasters that can damage the network, there is no need to allocate additional resources to fix RoIP since it will be repaired alongside network repairs.

What Are the Challenges in Using RoIP?

While RoIP has made radio communications more economical and reliable, users still experience some drawbacks. For one, RoIP communication remains to be voice only. Users cannot send images or videos that may be important in conveying messages.

There is also no encryption standard for radio over Internet Protocol systems. Therefore, communications may be in danger of getting hijacked by unauthorized people. Security is among the most significant issues that RoIP users face since messages can be read by threat actors who manage to infiltrate the network.

RoIP users can protect themselves by selecting devices with inherent security features and implementing basic security protocols, such as regular password changes.

RoIP is widely used by agencies and units requiring reliable radio communications. While the technology has helped several departments, it’s still a relatively new technology that needs to be better secured through high-quality encryption. 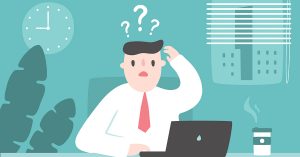 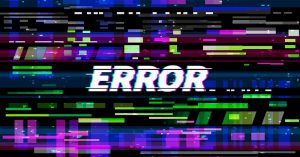